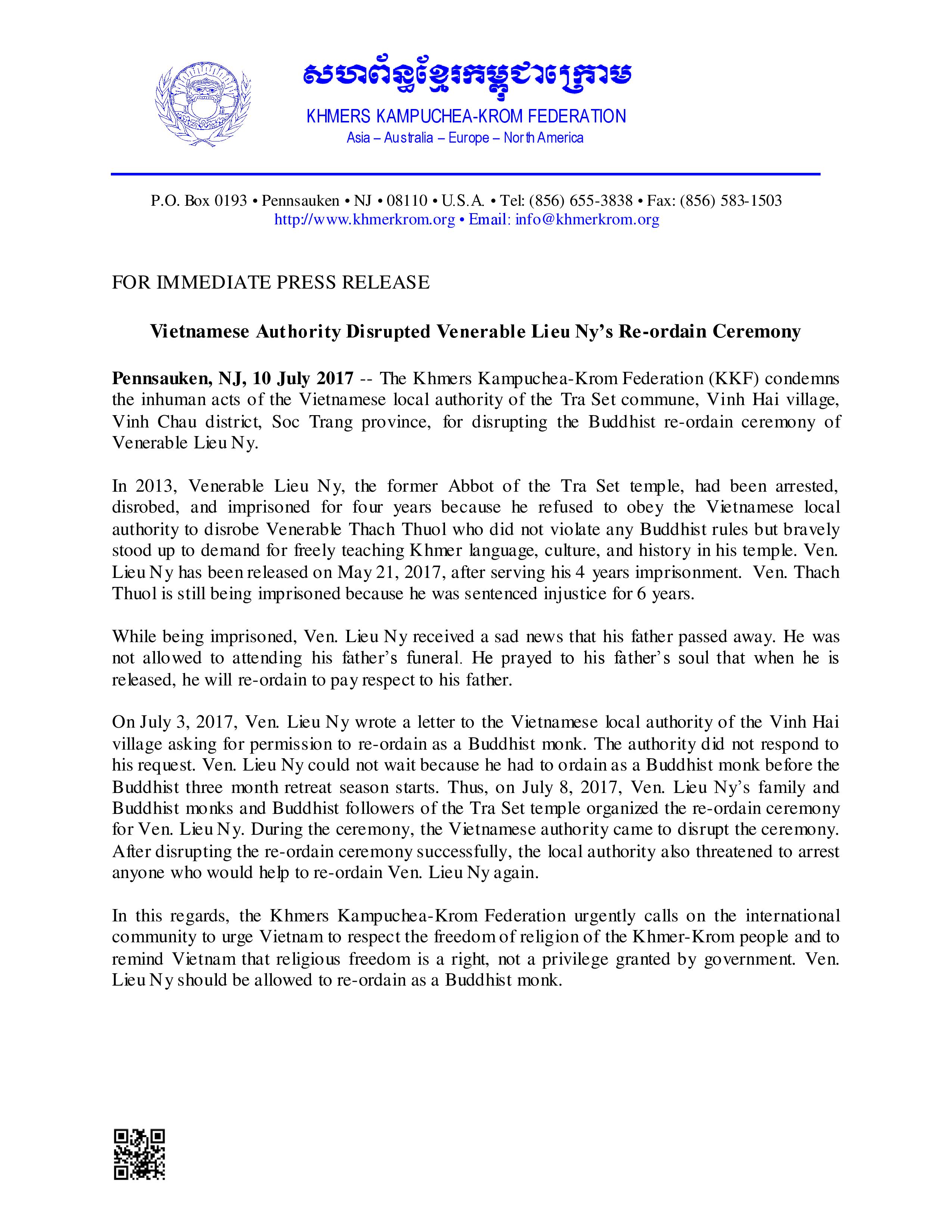 In 2013, Venerable Lieu Ny, the former Abbot of the Tra Set temple, had been arrested, disrobed, and imprisoned for four years because he refused to obey the Vietnamese local authority to disrobe Venerable Thach Thuol who did not violate any Buddhist rules but bravely stood up to demand for freely teaching Khmer language, culture, and history in his temple. Ven. Lieu Ny has been released on May 21, 2017, after serving his 4 years imprisonment. Ven. Thach Thuol is still being imprisoned because he was sentenced injustice for 6 years.

While being imprisoned, Ven. Lieu Ny received a sad news that his father passed away. He was not allowed to attending his father’s funeral. He prayed to his father’s soul that when he is released, he will re-ordain to pay respect to his father.

In this regards, the Khmers Kampuchea-Krom Federation urgently calls on the international community to urge Vietnam to respect the freedom of religion of the Khmer-Krom people and to remind Vietnam that religious freedom is a right, not a privilege granted by government. Ven. Lieu Ny should be allowed to re-ordain as a Buddhist monk.