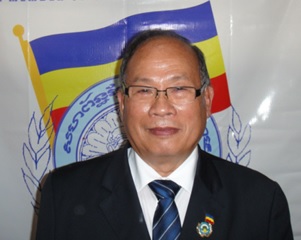 During this holiday season and with the New Year fast approaching, on behalf of the Khmers Kampuchea-Krom Federation (KKF), I would like to wish you and your family a joyous holiday season  and a new year filled with health, happiness and prosperity. One that is filled with hope for a world to  be truly at peace.

The best part of the holiday season is remembering those who make the holidays meaningful. We  would like to say a special thank you to our KKF members who have worked tirelessly around the  clock and the world to ensure that the Khmer-Krom voice is heard. From San Francisco, New York,  Washington DC (United States), Toronto, Montreal (Canada), Paris, Lyon, Toulouse (France), The  Hague (Netherland), Geneva (Switzerland), Brussels (Belgium) Canberra (Australia), Bangkok  (Thailand) to Dili (Timor Leste), Gyeongju (Republic of Korea), our voice for the voiceless Khmer-Krom in Kampuchea-Krom was loud and clear.

In May 2016, the members of KKF around the world came to San Jose, California, to elect the Board  of Directors (BoD) for the 2016-2020 term. The Code of Conduct was signed by the newly elected BoD, thereby upholding their professional commitment to serve the interest of KKF, first and foremost.

As we close the final chapter on 2016, this upcoming new year will kick start with a celebration of our collective work for the last twenty years. From January 13-15th, the KKF BoD and supporters will meet at the heart of Las Vegas to plan for 2017. The BoD members will summarize the activities of 2016, answer all the questions from the members and present the plan for 2017. I look forward to meeting our KKF members at this important event.